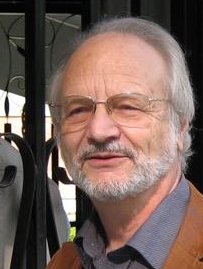 After studies of physics, mathematics and philosophy he worked in the field of science teacher education and distance learning. His PhD was about applied physics and methods of effective knowledge transfer to students in school, university and summer schools. Joining a research group on Renewable Energy at the Oldenburg University in 1972, he specialized on basics of Renewable Energy Technologies and their application and created and directed a Postgraduate Program Renewable Energies at this University and at the University of Zimbabwe, where he lived with his family from 1993 to 2001. Parallel to teaching and researching he took assignments for implementation of RE Systems in various countries in Latin America. Africa and Asia. Then he took the position of CEO of the German NGO BORDA, running projects in Africa and Asia, where he widened his spectrum of activities towards energy policy analysis and advising. As special energy advisor for rural village electrification at the Alternative Energy Development Board AEDB in the Prime Minister´s Office of Pakistan, he started electrifying 7600 villages in the southern provinces between 2005 and 2008. He implemented similar assignments as Team Leader in Afghanistan, Kosovo and Sudan. He considers Capacity Building on all levels as integral part of Renewable Energy Project Implementation. He follows an interdisciplinary approach, starting with demand side analysis and management, before selecting the best matching technology (PV, CSP, Wind, Hydro and Biomass) and finding the optimal system design at a given site under given social and economic conditions